Day 14 – Thursday March 10: Exchanging Pedals for Paddles for a day

Greg and Joe scouted the town of Futaleufu late yesterday and made the acquaintance of an American kayak and rafting guide, Chris Spelius, who owns Expediciones Chile (http://exchile.com). Extremely personable and knowledgeable about kayaking (an Olympic kayaker in 1984; designed kayaks; pioneered river kayaking in Patagonia for over 25 years), Chris suggested that we do some serious whitewater rafting. Recent rain had just increased the flow of the Futaleufu River and it was challenging, but not impossible. In an eyeblink a tentative deal was made to raft down the class five rapids of the Futaleufu, and at dinner we decided for sure to go for it. By happy coincidence the river runs south along the route of the Carretera Austral that we were following, so we could raft for the whole day and then be close enough to our route be delivered to our next biking destination, a fishing lodge at Lake Yelcho. Within the group, because Bram’s back would not lend itself to this kind of effort, we made it a party of eight by including David (our main guide and owner of Dittmar Travel Adventures). Everyone wins!

In the morning, then, as our biking guides put our gear and bikes on the trailer to transport them to our next resting place, we headed over to Expediciones Chile to make final arrangements and meet our rafting guides. The arrangement was that eight of us would be in one raft while another rafter, Danny, who had just drifted in that morning, would go in a backup catamaran raft. Two kayaks would accompany us and scout out possible ways through the rapids. Soon we were all in a bus rattling downriver on pitted roads to the headquarters of Chris’s operation. We were given a snack, attended to wetsuit fittings, had our group picture taken, and got into the raft(s).

To describe the experience of running class V rapids is in some ways pointless, since everyone can remember a time when they were scared and excited at the same time, and this was it. No fooling around with this swift and violent water that runs 26k (16 miles). Chris’s photographer, Anna, recorded part of the trip with over 85 photographs from beside the only two bridges that spanned this section of the river, and I’m sending along a bunch of those to give some idea of what it looked like from afar. From inside the raft, tension rose a high pitch every time we approached a set of rapids. In all there must have been 35 to 40 rapids that we negotiated, with names like “Terminator,” “Kyber Pass,” “Last Wave is a Rock,” or “Condor.” Through all of it our pilot Josh barked directions for us to paddle. Simple directions like “Forward,” “Stop,” “Back,” “Left Back,” and such took on huge consequences in the crashing roar of the water. Also, it was outrageous fun and every one of us would do it again in a heartbeat.

We arrived at the final stretch of slack water completely spent and soaked; we helped carry the boats up the bank to a waiting trailer, got back into some dry clothes, and were driven for two hours in driving rain to Lake Yelcho Lodge arriving in time for dinner. We have two days of rest before us, and everyone is ready for that. 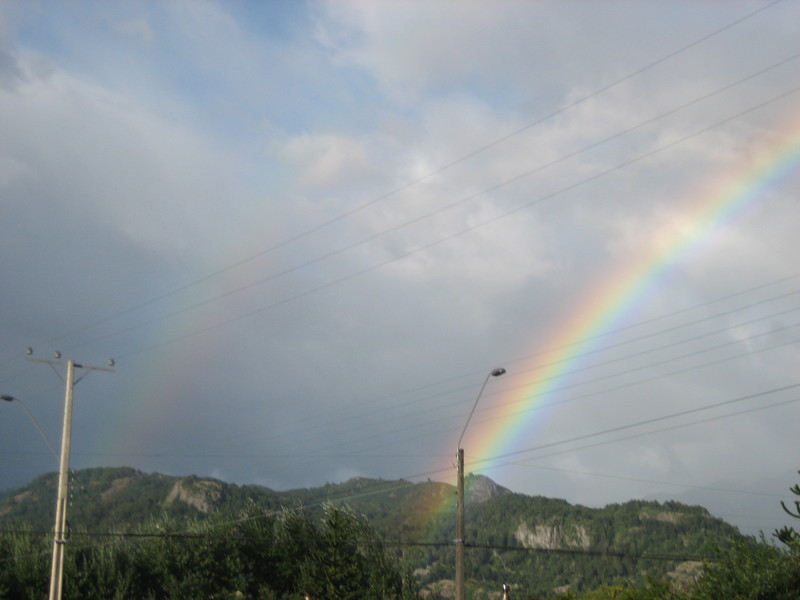