Day 6 – Wednesday March 2: Of waiting and a moment of darkness in Bariloche

Today was a day of shopping in Bariloche, tweaking the bicycles, setting up maps and routes and gathering supplies. The generally celebratory air continues, with one or two dark moments. Dario spent time putting new tires on the new bicycles while the rest of us installed gear we had brought down – saddles, bar ends, underseat bags, water bottle holders, and so on. A couple of people rode up the hill and down the lakeside road to help keep blood flowing, and we’re all impatient to get on the road.

It is a slow day here, but in any case it would be wrong of me to pass over the following. Near the center of Bariloche lies the town square with the lodgelike tourist information building taking up the whole uphill side and the log cabin police station on its left.  From the wide porch of the tourist information center one looks out over the town square to the pristine lake, with mountains framing the dark blue sky. The town square itself is completely paved, a statue of a hero on horseback rising above the central space.

But here’s the thing. All around on the pavement are painted innumerable simple, white, stylized hooded scarves, iconic, a foot or two wide. Underneath each is also painted a name and a date:  the date when the person named was “disappeared.” These are people still unaccounted for, a legacy of the time of the Generals that ended in 1994. And now, today, by sheer happenstance, four of us met there at sunset. Before us on that square were gathered perhaps a hundred and fifty women, mothers of the disappeared, dressed in black, holding hand lettered signs asking for justice. The women stood silently – though we saw a few weeping and some consoling – until just past sunset. Then they dispersed quietly. For me this was one of the most astonishingly touching display of grief and plea for closure that I have ever experienced, and it revealed a darker, a more sorrowful and a stronger face of Argentina than we had seen before.

Perhaps another list of people might bring us back to our Pategonia trip. It’s the list of all of us. We remember you all and are determined not to disappear. The names of the compadres: 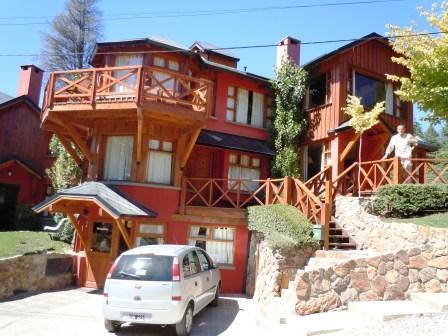